Team ZWATT ambassador and elite rider Rikke Bak Dalgaard checks in with us regularly on her cycling journey. She recently finished second in a major Copenhagen criterium-race and has now also entered the Zwift Academy for a chance to win a professional contract on the Pro Tour:

Today I did my first Zwift race ever, and I want to share my experience with you.

I started zwifting in the beginning of August, because it is a requirement to be in the competition for the Zwift Academy, where you can be very lucky to win a pro contract. With more than 4000 riders joining the academy the chance is small, but the possibility is there 😊

Anyway, I started with only doing Zwift because I had to (I used to hate indoor cycling) to now doing it because I enjoy it! That surprised me big time. But I think it’s because I didn’t really know what Zwift was.

When I found out that it is not just pedaling the pedals and looking at a screen, but also having a lot of features, a community and awesome (really hard) workouts, I fell in looove (kind of) 😉

Yesterday, I had decided not to race this morning, because I was tired from a hard race on Tuesday and a hard club training yesterday with only having 12 hours to recover. But then I thought I might as well try and if it didn’t go well I could do another when I was fresher.

As with most things in my life I like to be prepared. So, before my first race I read every article I could find on how to do a Zwift race. I read about how to race, how to start a race, how to get an edge, racing tips, drafting, power-ups, the supertruck, breakaways, position and w/kg.

I also did a good 30 minutes warm up on the course of the race to know it well and see if there were any parts better for attacking than others. Finally, I made sure to have enough water and a bottle with energy by my side.

It was a women-only race on the Volcano Crit CCW and seven laps. I was ready for a fast start when the race began, but I guess that is more often in the men’s or mixed races because it didn’t happen and off I went too fast – haha. I slowed down and the group stayed together for a short while. It felt a lot like the races I do IRL where everybody awaits someone to make the first attack.

I think we were around 15 riders on the start line (A and B riders together), but we quickly ended in a group of six (don’t remember exactly) which went further down to two at one point. Not with serious attacks, only higher speed now and then.

I don’t know what happened, but suddenly I had a gap with three laps to go and then I decided to keep pushing. My fellow rider closed the gap, but the benefit of Zwift is that you can see the w/kg of your competitors, so I imagined she was a bit tired after closing me and then I did something clever (at least I think it was and it worked). 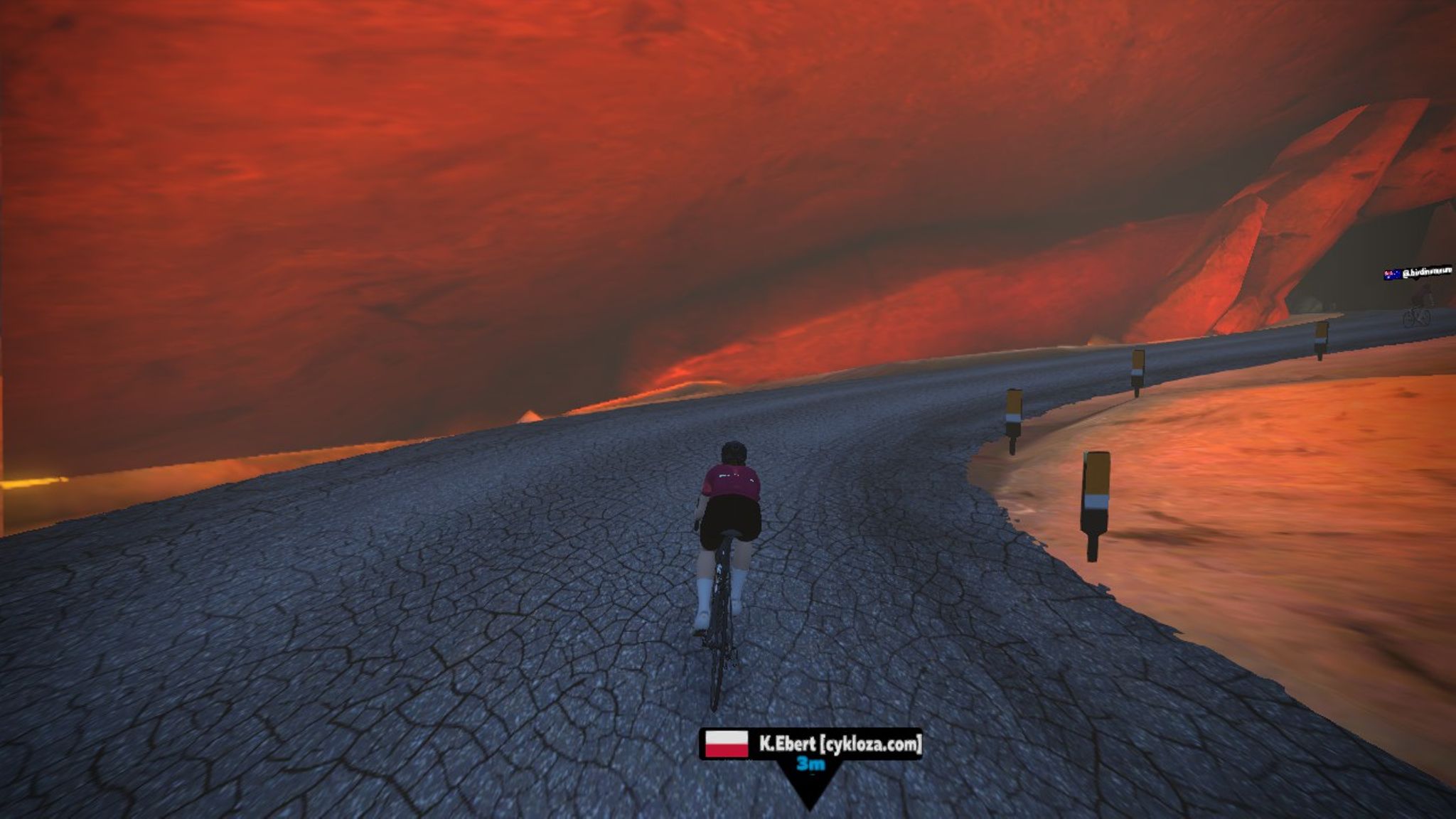 I lowered my speed a little, so she thought she could have a break (I figured she needed one after that push) and as soon as she was close I pushed hard one more time. She couldn’t hang on and I kept pushing until I had a 10 seconds advantage. Then I focused on staying on or above her w/kg. When I reached an advantage of 30 seconds I didn’t think she would be able to catch me, so I focused on my own race to the finish line and finished my first race with my first win. If you are interested, the results can be seen on Zwiftpower.

My plan from the beginning was to stay in the group and save energy for the last or second last lap and then try to attack. I’m not the fastest sprinter, so I like to attack far out. The “attack” came earlier than I wanted, but I could hold it to the end, so it was good training and nice that my tactic worked.

In the race I used the power-ups I had: Lightweight (reduce you weight for 30 seconds), Draft Boost (opponents provide the draft of a white van for 30 seconds) and Aero Boost (improved aerodynamics for 30 seconds). I can improve my use of them, and I forgot how the trunk worked, so I made a big mistake and was close to losing the front, because I stopped pedaling. I managed to get back quickly though.

I’m already looking forward to the next Zwift race! I’m considering a hilly one and since I’m not a climber, it will be a challenge, and to race clever will be even more important. But first I have a crit IRL on Sunday, so I better keep my feet up now 😉 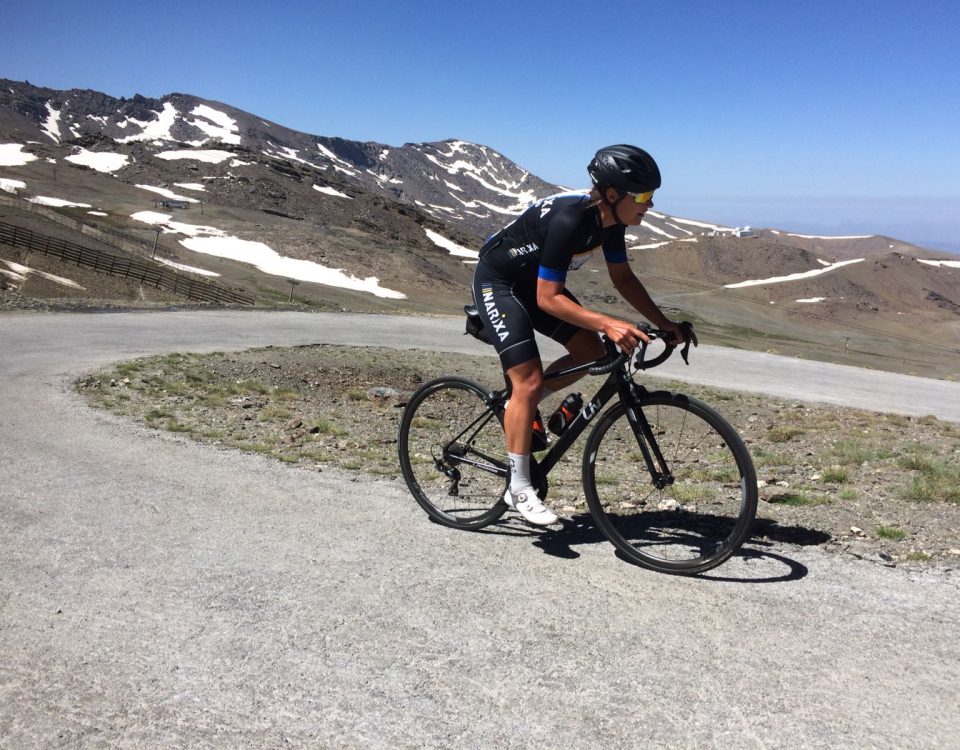 by Rikke Bak Dalgaard It has been a month since I was in Spain, but I have been too busy after I came home, to write […]