Carsten loves to ride his bikes. So much so, that he competes in ultra-events in Denmark and abroad. What motivates people to become long-distance endurance-riders? The idea of riding as far as your body allows you to go. 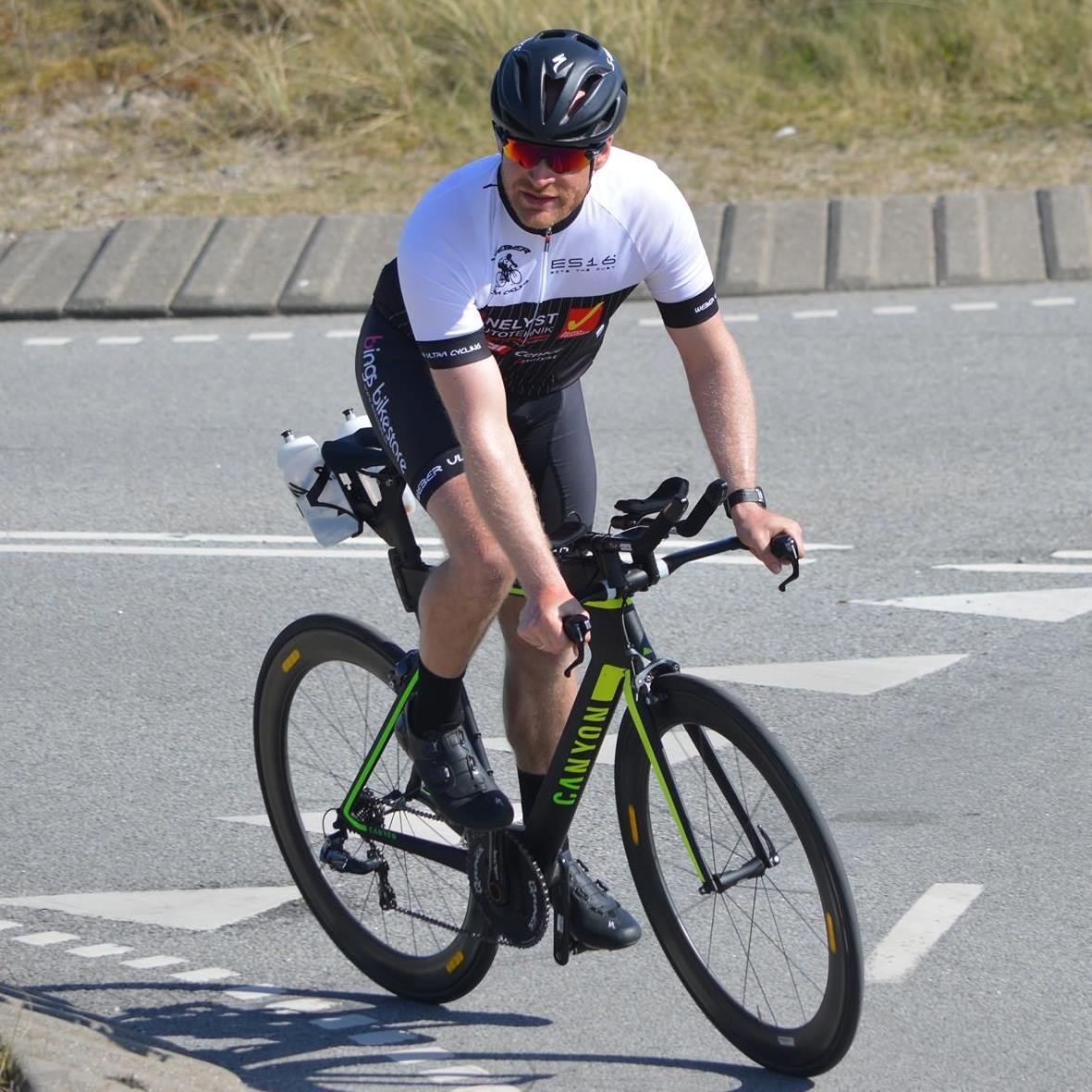 Carsten Weber, a 30-year old Danish military man from Aarhus, is no ordinary cyclist. He likes to go the looong distance. He competes in long-distance cycling events and rides for various charities.

Perhaps you’ve tried a 200K ride and wonder – how far can I go? Could you double that? That’s how many ultra-distance riders get hooked. To test themselves mentally and physically to see where the limits are. When Carsten started as a kid in cycling, he didn’t love it:

“I’ve always been interested in cycling. As a kid, I tried out some cycling races, but I usually ended up in the grupetto so I stopped.”

After that, he tried out a bunch of other sports, as many kids do. But in his adult life he returned to cycling, getting in as much training as he could as a military man:

“In 2012 I started cycling again but only a couple of times a week due to military service. Two years later I was stationed in Kandahar with the Danish Air Force, where I got to stay in shape through indoor spinning.”

“When I got home a year later I joined the local cycling club, TST Cycling. I really enjoyed the company and the club culture there and I started doing regular cycling sportives.”

After Carsten did his first couple of long distance rides, he signed up for two 24-hour races. The format is simple: You ride for as long as you can for 24 hours.

“That same year, I signed up for two 24-hour solo races called RACE24 and Melfar24. I finished the first race with more than 300 kilometers. Unfortunately, I had to drop out of Melfar24 the week after due to injury. That was a really tough experience.”

Carsten returned to Melfar24 the year after and have been doing ultracycling ever since.

“What really inspired me to start with ultracycling was following other riders on facebook. For instance, a guy like Michael Knudsen who did a bunch of different crazy projects. He did the Red Bull Trans-Siberian race in Russia. A race of more than 9000 kilometers! Ultracycling just sounded really cool – you sit down on your bike and just go as far as you can!”

Sponsorships helped him on his way

Carsten wanted to do more ultracycling. Much more. But the sport demands a lot of financial support and help from your friends and family. In 2017 he wanted to develop his passion for cycling into a bigger project.

“So it really got me going. Last year I started to search for sponsorships and I got some really nice partnerships that have helped me on my way. Now there’s no way back”

Carsten now competes in ultracycling events in Denmark and abroad. But he also likes to plan his own crazy training projects. This spring, he decided to ride around the entire coast of Jutland. A ride of a whopping 1200km in less than 4 days. Imagine riding from Copenhagen to Paris with very little sleep in just a few days! You can’t do that without proper pacing and be able to continuously produce some solid watts.

On these long training rides, people are always welcome to join him on the road – he’s a sociable guy!